(On some GPSes the street is named Aigeos instead of Aigea)

ACCESS:
By car: From the Attiki highway, you exit from the “Markopoulo” exit, then at the end of the road you take the first turn right at “Media Strom” and then after 2km you turn left at “Memos Marbles”.
From Varis – Koropiou street, you head towards the airport, and as soon as you reach Koropi you go right towards Markopoulo, and then you turn right at “ΝΑΒΑL”, where there is also a sign that says “27th km”.

HOW DO I GET THERE IF I DON’T HAVE MY OWN MEANS OF TRANSPORTATION?
You can take the metro or the suburban train to Koropi Station and then take a taxi.
Alternatively, you can get the 308 bus that departs from Ethniki Amina that stops at Koropi, but you will need a taxi from there.
Finally, you could also take the KTEL that takes you to Markopoulo, Porto Rafti or Lavrio and ask the bus driver to drop you off at the 27th km. 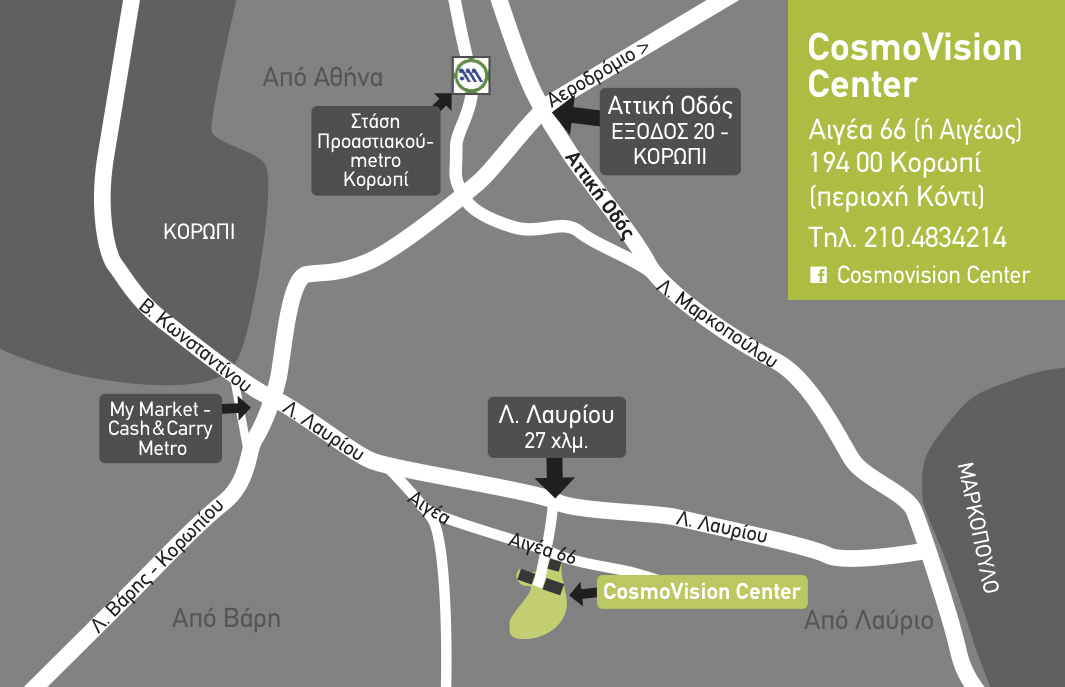